The estranged fiance of Nollywood actress, Empress Njamah has denied being behind the leaked video that went viral a few days ago.

Timeofgist recalls that a private video of actress Empress Njamah went viral after a report came in that the estranged fiancee of the actress, George Wade created a Whatsapp page and shared the video.

The video went viral and caused a stir on social media. A lot of people came out to lambast the estranged lover of the Empress while throwing their weight behind the actress.

In a new development, the estranged lover, Wade has shared a video claiming he wasn’t the one who shared the nude video of Empress Njamah as reported. He stated that he is also going through pain as everyone is.

He said: “Hey what’s up? I hope you guys are okay today. Everything will be okay as soon as possible but till then we gotta go through this together. I feel the pain and everything but I just need you guys to understand, I’m not behind that shit that’s happening.”

Empress made headlines on December 15, 2022, when a video of her showing off an engagement ring with a man in the background was posted on Instagram, with many storming the comment section to congratulate her.

She made a U-turn about the engagement a day later, claiming she posted the video with the engagement ring under duress because someone was blackmailing her. 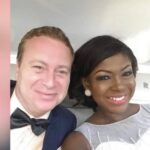 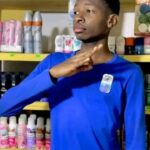