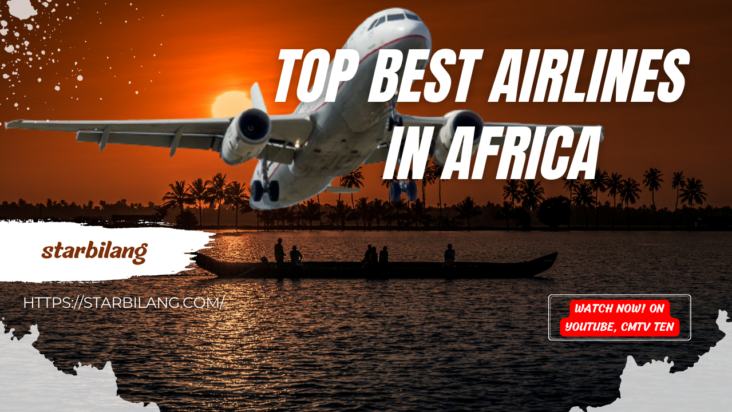 Did you know that most Africans are still regarded as underdeveloped mainly because of the lack of rapid world wild transportation networks? The creation of airlines in Africa has been very challenging making them be left out each time any ranking is done especially in the world. But despite this, some countries have fought hard and are trying to break their way into the airline’s marketing and have been recognized in the continent. As compared to other African countries, here are some African airlines that are outstanding and worth knowing. This ranking is done on the bases of quality, product, performance, SkyTrax reports which is an international air transport rating organization and the nature of the airline’s facilities.

Ethiopian Airlines is owned by the Ethiopian government and is found in Adis Ababa the capital city of Ethiopia. it was created on the 21 of December 1945. It became functional on the 8 of April 1946 in the Country and then extended to international by 1951. With a captivating slogan of THE NEW SPIRIT OF AFRICA, the Airline is recognized as one of the best in Africa as of now because of the following aspects; first, they command the highest passengers and goods network controlling the most modern and youngest fleet to about 110 goods and passengers destinations in Africa and the world. In terms of services offered the Airlines offer beverages, warm food and clean comfortable seats to passengers that give them comfortable throughout their journey. This warm comfort and hospitability make passengers a reason to continue travelling with the line. It is for the above reasons that the Airline won the Best African Airlines in the 2021 Business Traveller Awards and it has been maintaining the position to date.

Founded in 1934, the South Africa airline links 40 national and international passengers and cargo in Asia, Africa, North America, South America and Europe. They always try to make their customers stress-free and feel relaxed when they reach their destination like offering comfortable beds, delicious meals, and one of the finest wines, while you relax and watch the latest movies or listen to music while the plains take you to your destination. South African Airlines was the first in Africa to join the Star Alliance in 2006 which is one of the three major alliances that helps create connections for them and increases passenger usage. The airline was coined the best in Africa by SKYTRAX in 2021 and has been on the list till now.

Kenya Airways is one of the largest airlines in Africa and was founded in 1977 it is located in Nairobi, Kenya’s capital and went operational in 1996, the Airlines was privatised making it a public-private partnership company with the Kenya government having the highest shares of 4.9%, the KQ lenders company having 38.1% and KLM which has 7.8% while the rest of the shares is owned by private individuals. Like South African Airways, Kenya Airways is also a member of the SkyTeam Alliance since June 2010 this connects them more and eases their customer’s decision to fly with them. When flying with Kenya airways you enjoy services like food, drinks, nuts and snacks. They also make provision for comfortable beds and soft clean blankets where you can easily get a nap if you feel tired in the course of the journey. Plus, the Airline has a cooperating and friendly staff that have been working relentlessly to the point that they were granted the world travel award for Africa’s leading Airlines and calling it the PRIDE OF AFRICA.

Another interesting Airline that tops the list is Air Seychelles, it was created in 1978 and started initially as a domestic airline until around 1983 when its first international flight was launched. Today, the company has grown to the point that they now fly to several countries outside of Seychelles. So far they have won awards from Skytrax and World Travel Awards as the leading business class in the Indian Ocean. The Airline stands out as the best in Africa because, despite the hit of the coronavirus the management still manage to keep the Airline colours flying by being flexible and actively performing its services offered to customers and staff, for example, the management team continued providing amenities, food, comfortable seats and beverages for the pleasure and satisfaction of their passengers.

The Ruwandair flies to about 30 destinations in western, central, Eastern, and Southern Africa, the Middle East, Europe and Asia it is one of the youngest airlines in the whole of Africa. Created in 2002, It aims at linking Rwanda with the outside world. It was first created as the new national carrier with the name Rwandair Express. To achieve its aims, they provide reliable and safe services to its customers like good seats, beds, and an available variety of food and wine that makes the journey interesting. Its connection to the Kigali international airport as its main centre of activity has made it one of the fastest-growing airlines on the Continent. All its activities towards growth landed it an award from SkyTrax as Africa’s second-best airline.

Royal Air Maroc also known as RAM is a government own airline founded in 1953 after the merger of Air Maroc and Air Atlas. It is based in Casablanca_Anfa Airport and It is the country’s largest Airline. It also offers beautiful and quality services that it offers to its customers for their comfort and pleasure when journeying with them. Aside from its warm facilities like good seats, beds blankets and food etc Royal Air Maroc has routes to over 80 countries in the world. The Mohammed the V international airport is its main hub hence creating links for more expansions and growth. When you perceive quality services with polite air hostesses then think of the Royal Air Maroc.

Founded on June 14 1967, Air Mauritius is located in Port Louis Mauritius with its site of activities at the Seewoosagur Ramgoolam International Airport. It is considered the fourth biggest airline in the Sub_ Sarahan Africa. With Air Mauritius, passengers can fly to over 100 destinations with partners Airlines and fly directly to 23 destinations. The warm comfort offered to passengers through the availability of good seats, beds, food and other amenities has given the Airline an upper hand as Skytrax ranked it the number 3 best Airline in Africa.

Egypt Air was founded on the 7 of May in 1932. It is a state-owned Airline with its activities rendering services to over 75 destinations in the Middle East, Europe, Africa and Asia. Situated at the country’s capital Cairo international airport, Egypt Air has its product ratings like food, seats, beverages and most especially cleanliness at the level of its staff and the plain itself. Egypt Air is unique in the sense that it is the only airline in North Africa and the Middle East to be a part of the Star Alliance which is the largest Airline alliance. According to Star Alliance rankings, the airline is the 3-star Airline all thanks to its staff services, products and the quality of the airport.

It is a British and South African company based in South Africa with the aim of being the first African Airline to operate at a very low cost. Fastjet flies in countries like Zimbabwe, South Africa and Botswana. It was founded in 2012 and has won many awards including the 2016 leading African low-cost carrier world travel awards and the 2017 best low-cost Airline in Africa from the SkyTrax World Airline Award. The above-mentioned awards combined with the good services offered by Fastjet have given it a position as one of the best in Africa as well.

It was founded in 1965 in South Africa with its activities based mainly in O.R Tambo International Airport and is operating one of the largest flights cargo aircraft. The airline is owned by ASL Aviation Group Ltd in Ireland their humanitarian actions like supporting the World Food Program and the international committee of the Red Cross to fly food and commodities to offer to the poor and needy at a very cheap rate have always been their niche which they use to impact most African nations and even the World. Aside from its humanitarian strategy, the company has an established business called Safair since 1965 that has been operating special aviation services and increasing their value with time. FlySafair is considered the 3-star low-cost Airline because of the quality of its products and the staff services hence making her one of the best Airlines in Africa as well. 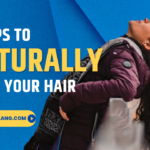 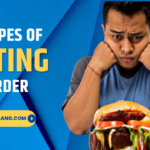