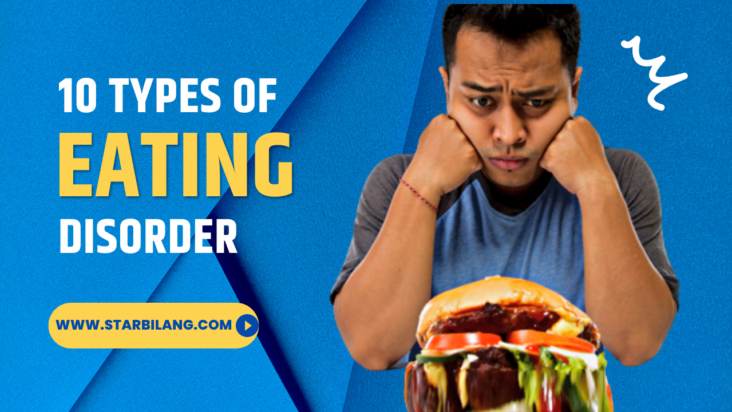 Everyone has a different relationship with food. For some, it is a source of comfort, indulgence, or sustenance. Others can have a negative and even damaging association with food-eating disorders are serious mental illnesses affecting people of all ages, genders, ethnicities and backgrounds. People with eating disorders use disordered eating behaviour as a way to cope with difficult situations or feelings.

This behaviour can include limiting the amount of food eaten, eating very large quantities of food at once, getting rid of the food eaten through unhealthy means or a combination of the above listed. The cause of eating disorders may include the effects of another mental illness, genetics, media, negative body image, and trauma.

Experts consider anorexia nervosa the most deadly of all mental illnesses because it has the highest mortality rate. This condition involves severe food restriction and sometimes extreme exercising and other purging behaviours. Anorexia nervosa is an eating disorder that can result in severe weight loss. People with anorexia nervosa eat an extremely low-calorie diet and have an excessive fear of gaining weight. They often feel better about themselves when they lose weight. Amenorrhea is a term for when women stop menstruating due to low-fat content. You may have to watch out for heart attacks because anorexia stresses the cardiovascular system and can lead to a variety of life-threatening heart conditions.

Are you experiencing recurrent episodes of binge eating with a feeling of lack of control, a fear of gaining weight, despite having a normal weight or maybe self-esteem overly influenced by body shape and weight?

Bulimia nervosa is another well-known eating disorder. Like anorexia, bulimia tends to develop during adolescence and early adulthood and appears to be less common among men than women (7Trusted Source). People with bulimia frequently eat enormous amounts of food in a specific period of time.

Each binge-eating episode usually continues until the person becomes painfully full. During a binge, the person usually feels that they cannot stop eating or control how much they are eating.

Binges can happen with any type of food but most commonly occur with foods the individual would normally avoid. Individuals with bulimia then attempt to purge to compensate for the calories consumed and relieve gut discomfort.

Almost everyone overeats on occasion, such as having seconds or thirds of a holiday meal. But for some people, excessive overeating that feels out of control and becomes a regular occurrence crosses the line to binge-eating disorder.

BED is characterized by episodes of binging on large amounts of food. A binge describes as when someone consumes an excessive amount of food within a period of two hours. Binges are accompanied by a trance-like state, feeling guilty and ashamed afterwards, and weight gain.

When you have a binge-eating disorder, you may be embarrassed about overeating and vow to stop. But you feel so compelled that you can’t resist the urges and continue binge eating. Unlike bulimia, BED does not usually include any purging behaviours. Typically, those affected by BED are overweight or obese because of the binging.

Whether you survive on a plant-based meal plan or feast almost entirely on a banquet of beige, everyone has their preferences around food. Some people eat anything and everything, others are more selective, and many have been dubbed ‘fussy’ at some point in our lives – but there’s a smaller section of people who know the true impact food anxiety and aversion can have on their health. This eating disorder is a bit like picky eating, but at an extreme, debilitating level. An individual is so selective about their food, usually sticking to one or two meals, that they become sick.

Unlike most types of eating disorders, muscle dysmorphia tends to affect more men than women. The disorder is characterized by a disruptive obsession with musculature and physique. The individual will fixate on obtaining the ‘perfect’ form of musculature.

Research suggests that Muscle Dysmorphia is much more common among men than among women. Since there are no well-established criteria (or best practices) for diagnosis in a research setting, it isn’t clear how prevalent Muscle Dysmorphia is in the general population. Existing studies have presented estimates anywhere from 1 to 54  of men.

If you get a diagnosis of rumination disorder, you’ll regularly regurgitate your food. Regurgitating means bringing food back up that you’ve already eaten and swallowed.

You won’t have a physical health problem to explain it. You might re-chew, re-swallow or spit out the food you regurgitate. the regular regurgitation of food occurs for at least one month. Typically, when someone regurgitates their food, they do not appear to be making an effort, nor do they appear to be stressed, upset, or disgusted.

The good news about rumination syndrome is that it doesn’t seem to do much physical damage. In rare instances, it can cause problems with the oesophagus from acid and reflux. In some teens and adults, it has caused a small amount of weight loss.

Pica is another eating disorder that involves eating things that are not considered food.

Pica can occur in adults, as well as children and adolescents. That said, this disorder is most frequently observed in children, pregnant women, and individuals with mental disabilities (12Trusted Source).

Individuals with pica may be at an increased risk of poisoning, infections, gut injuries, and nutritional deficiencies. Depending on the substances ingested, pica may be fatal.

However, to be considered pica, the eating of non-food substances must not be a normal part of someone’s culture or religion. In addition, it must not be considered a socially acceptable practice by a person’s peers.

It’s important to note that Individuals with pica tend to crave and eat non-food substances. This disorder may particularly affect children, pregnant women, and individuals with mental disabilities.

Unlike most types of eating disorders, muscle dysmorphia tends to affect more men than women. The disorder is characterized by a disruptive obsession with musculature and physique.

People with Muscle Dysmorphia perceive themselves as less muscular and smaller than they really are. Many people with this condition have a build that’s average or more muscular than average. It’s thought that perfectionism, low self-esteem, and social anxiety may contribute to the development of Muscle Dysmorphia

This syndrome, which leads to compulsive eating and obesity, is caused by an inherited genetic disease. It begins with weak muscles, poor feeding, and slow development in babies. Then, in childhood, the disease causes insatiable hunger. Children with Prader-Willi Syndrome often develop diabetes and struggle to adapt to a normal lifestyle. Many complications of Prader-Willi syndrome are due to obesity.

A 2017 BBC documentary called diabulimia, “the world’s most dangerous eating disorder.” While the term diabulimia has only been in use since the mid-2000s, the condition has been described in journals since at least 1983.

This occurs when someone who is diabetic uses their prescription insulin to try to induce weight loss. Diabulimia is serious. But it’s not a recognized mental illness on its own. And because it isn’t widely understood, some healthcare professionals may not spot the signs or know how to support someone with it.

It can be frustrating if you can’t speak to someone who understands both the physical and emotional aspects of diabetes but There are lots of reasons diabulimia may develop. It’s often not just down to one thing – it might be a combination of physical, social and mental health problems. When you have Type 1 Diabetes

Talk to someone you trust, such as a close friend or family member, if you think you have an eating disorder. Your doctor can advise you on diagnosis and possible treatment options, which will depend on your individual circumstances and the type of eating disorder you have. 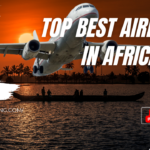