The government of the Kingdom of Qatar has banned sex between noncouples at the 2022 FIFA tournament.

The middle eastern country is co-host of this year’s world’s biggest football jamboree.

According to UK’s Daily Star newspaper, casual sex is off the menu except for couples at this winter’s tournament in the strict Arab Country

“Sex is very much off the menu unless you are coming as a husband and wife team”, a UK police officer told the British tabloid.

“There definitely will be no one-night stands at this tournament” he added saying, “There will be no partying at all really”.

The sex ban in place at this year’s World Cup is the first in the history of football.

Fans will have tough times dealing with such restrictions that are unheard of in liberal countries.

Sex outside of marriage carries a prison ­sentence of up to seven years in the Middle Eastern country.

Traveling supporters also need to be aware that although alcohol is not illegal in Qatar, there is zero tolerance for drinking in public, and being drunk in public is a crime. 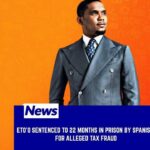 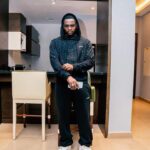