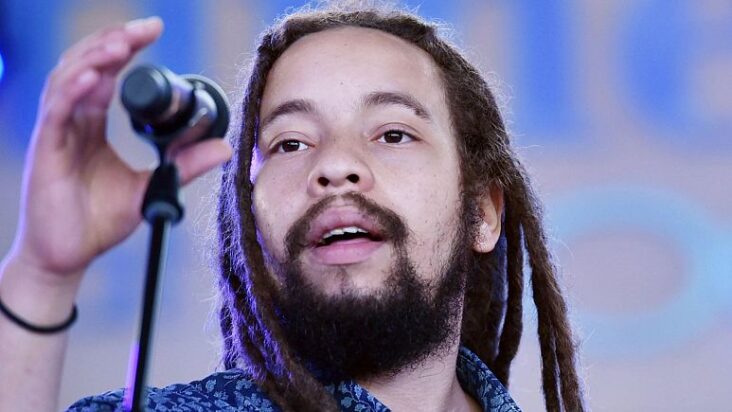 Jamaican-American reggae artist Joseph Mersa Marley passes away after he was found unresponsive in a vehicle earlier today.

Joseph ‘Jo Mersa’ Marley, the grandson of famed Reggae musician Bob Marley and eldest son of eight-time Grammy-winner Stephen Marley, has died at the age of 31.

Jo, who was also a reggae musician and DJ – known professionally as Jo Mersa – was found unresponsive in a vehicle on Tuesday 27 December and reportedly died of an asthma attack. 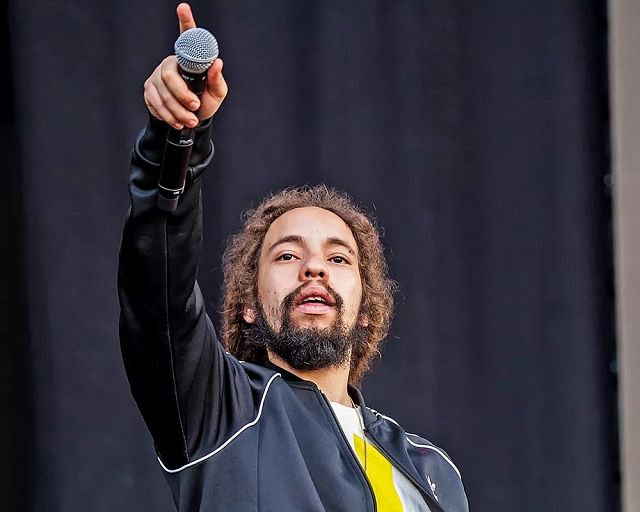 The singer behind the 2016 hit single ‘Burn It Down’ was born in Kingston on 12 March 1991, and spent much of his early life in Jamaica. Subsequently, he moved to Florida to attend high school. He later attended Miami Dade College to study studio engineering.

Joseph made his official musical debut in 2010 with ‘My Girl,’ a collaboration with his older cousin Daniel Bambaata Marley, released on the Marley family’s imprint record label Ghetto Youths International and produced by his father. This was followed by his debut EP, ‘Comfortable’, in 2014 and his second EP, ‘Eternal’, released last year.

Jamaica’s Prime Minister, Andrew Holness, paid tribute to Jo Mersa following his death, calling it “a huge loss to the music as we look to the next generation.”

“My heartfelt sympathies to Joseph’s friends and associates and to the Reggae music fraternity and fans everywhere,” he added.

Jo Mersa had recently opened up about his grandfather, who died in 1981 at the age of 36, telling Reggaeville.com: “We always hear those reflections, speaking about those things, about the role that he played not only as family member and father but also in the world and the impact he had on the Reggae community and the Reggae culture, the roots, bringing forward the message of Rastafari and love, overall love.” 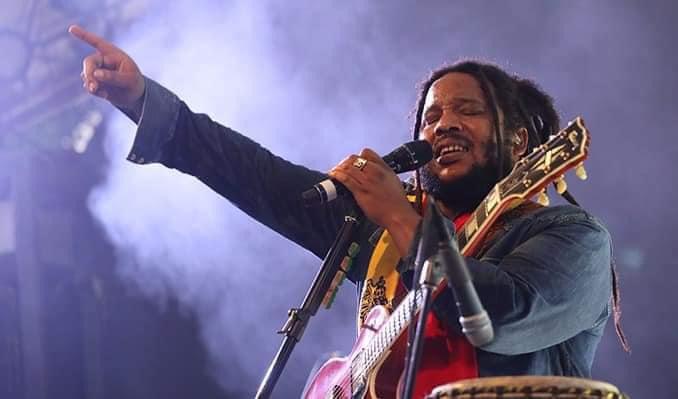 His grandfather Bob Marley was a major contributor to the popularization of Reggae music. Some of his hits included ‘Everything’s Gonna Be Alright’, ‘Get Up, Stand Up’ and ‘Is This Love’.

Who is really Bob Marley? 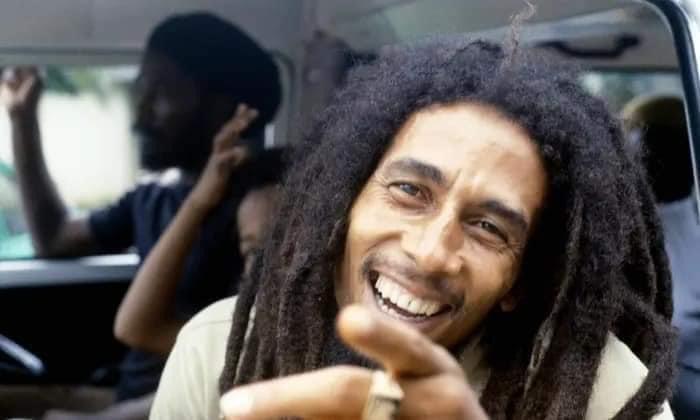 Nesta Robert Marley (6 February 1945 – 11 May 1981) was a Jamaican singer-songwriter who achieved international fame through a series of crossover reggae albums. Starting out in 1963 with the group the Wailers, he forged a distinctive songwriting and vocal style that would later resonate with audiences worldwide. The Wailers would go on to release some of the earliest reggae records with producer Lee Scratch Perry. After the Wailers disbanded in 1974, Marley pursued a solo career which culminated in the release of the album Exodus in 1977 which established his worldwide reputation. He was a committed Rastafarian who infused his music with a profound sense of spirituality.

Born in the village of Nine Mile in Saint Ann Parish, Bob’s father, Norval Sinclair Marley, was a white Jamaican of English descent whose family came from Essex, England. The captain in the Royal Marines as well as a plantation overseer, he married Cedetta Booker when she was just 18 years old.

Whilst Norval provided financial support for his wife and child, he seldom saw them as he was often away on trips. In 1955, when Bob was ten-years-old, Norval died of a heart attack aged 60.

Marley left school at the age of 14 to make music with Joe Higgs, a local singer and devout Rastafarian. At a jam session with Higgs, he became friends with Peter McIntosh (later known as Peter Tosh) who had similar musical ambitions to him and another friend, Neville “Bunny” Livingston (later known as Bunny Wailer).

After forming a group called The Teenagers in 1963, they changed their names to The Wailers when they were discovered by record producer Coxsone Dodd.

After they broke up in 1974, reportedly after a disagreement with Dodd and because each of the musicians wished to pursue a solo career, Marley became known as Bob Marley and the Wailers, but singing with a trio of female backing singers called The “I” Threes – Judy Mowatt, Marcia Griffiths and Rita Anderson. Rita became his wife in 1966.

A central theme in Marley’s message was the repatriation of black people to Zion (Africa). In songs such as Babylon System and Blackman Redemption, he sings about the struggles of blacks and Africans against oppression from Babylon (the West).

Marley had his international breakthrough in 1975 with his first hit outside Jamaica, No Woman, No Cry, which was a great hit with UK audiences. This was followed by his breakthrough album in the United States, Rastaman Vibration (1976), which spent four weeks on the Billboard Hot 100.

No one who had ever experienced a Bob Marley concert could say they had sat still throughout. His energetic performance had people jumping up, singing along and dancing in the aisle.

He brought a different element to the term “singer”. Whilst on stage, he spoke about things that mattered to him and engaged with the audience, dropping philosophical lyrics such as one song delivered the message, “While you talk about me, someone else is judging you. God never made any difference between black, white, blue, pink or green.”

Marley’s philosophy was that everyone has the right to freedom and that “you should fight against the system” to achieve freedom.

He was a freedom fighter who fought against oppression in hopes of gaining freedom for himself and his followers and was regarded as a symbol of freedom throughout the world, especially in Third World and underdeveloped countries.

However, closer to home, a storm of dissension was brewing in his Jamaican community as the politics of the country reared its head. Two different fractions were determined to win power and things were getting ugly.

In December 1976, two days before “Smile Jamaica” a free concert organised by the Jamaican Prime Minister, Michael Manley, in an attempt to ease tension between the two warring political groups – Marley, Rita and manager, Don Taylor, were wounded in an assault by unknown gunmen who invaded Marley’s home.

The shooting was thought to have been politically motivated, as many felt the concert was really a support rally for Manley. Nonetheless, the concert proceeded and an injured Marley performed as scheduled to a crowd of 80 000, just two days after the shooting with members of a group called Zap Pow, which had no radical religious or political beliefs.

Marley took a month-long sojourn to the Bahamas to recover from the assault and to write more lyrics. He then moved on to England where he spent two years in self-imposed exile. It was in the UK that he recorded what was one of his most famous and vibrant hits, Exodus, which stayed on the British album charts for fifty-six consecutive weeks. The singer’s album included four UK hit singles – Exodus, Waiting in Vain, Jamming and One Love.

Returning to Jamaica in 1978 and recognising that the political keg was still close to igniting, Marley agreed to perform at another political concert, the One Love Peace Concert.

In an effort to calm warring parties, Marley’s requested both Michael Manley (leader of the then-ruling People’s National Party) and his political rival Edward Seaga (leader of the opposing Jamaica Labour Party) to join him on stage and shake hands.

The moment he lifted both their arms against the roar of the crowd and the thump of the bass and drums was recorded in history, by every medium going, even by painters who captured the historical moment in watercolour.

However, Marley was hiding a secret. In July 1977, he was found to have acral lentiginous melanoma – a form of malignant melanoma. Despite his illness, he continued touring and visited America, where he performed two shows at Madison Square Garden as part of the Uprising Tour.

Shortly afterwards, his health deteriorated as cancer spread throughout his body.

The rest of the tour was cancelled and Marley sought treatment at a Bavarian clinic, where he received a controversial type of cancer therapy partly based on avoidance of certain foods, drinks, and other substances. After fighting cancer without success for eight months, he boarded a plane for home, Jamaica, where he’d recently been awarded the Jamaican Order of Merit.

As he flew home, Marley’s vital functions worsened and the entourage landed in Miami for immediate medical attention in the hospital. Cancer had spread to his lungs and brain. 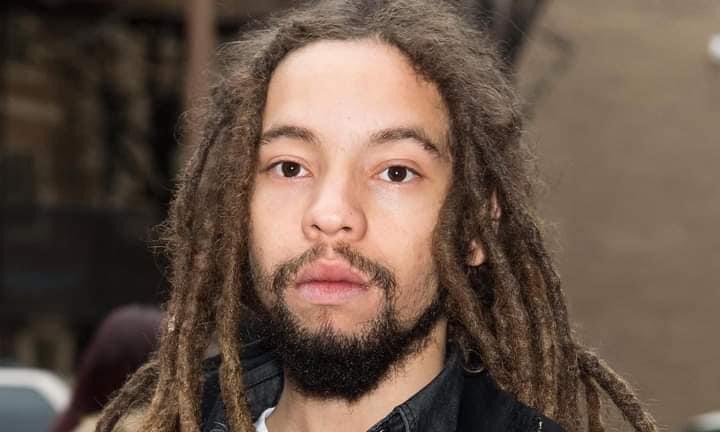 Jamaican-American reggae artist Joseph Mersa Marley passes away after he was found unresponsive in a vehicle earlier today.

His final words to his son, Ziggy, were, “Money can’t buy life”.

A statue was inaugurated, next to the national stadium on Arthur Wint Drive in Kingston to commemorate him. In 2006, the New York City Department of Education co-named a portion of Church Avenue from Remsen Avenue to East 98th Street in the East Flatbush section of Brooklyn as “Bob Marley Boulevard”. In 2008, a statue of Marley was inaugurated in Banatski Sokolac, Serbia. 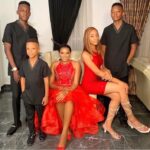 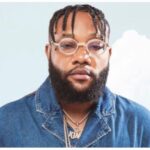