He is one of the kings of football. With 1283 goals to his name, Pelé is one of the legends of this international sport and it was for three consecutive years that he led the Brazilian team to win the World Cup.

Born in Très Coraçoès in 1940, Edson Arantes do Nascimento of his real name did not attend school as a child, preferring to kick a ball. His talent did not stay long in the shadows, he joined the Bauru team at the age of 16, until 1956.

He then left his family and followed his mentor, coach Waldemar de Brito, to the club. of Santos FC. He then became a professional player.

His first official goal was scored in a friendly match for this team. In view of his dynamic and unpredictable game, the Brazil team spotted him and played him on July 7, 1957, against the Argentina team.

The Brazilian team established him the next day. His career was launched, and he won his titles of honor by finishing top scorer in the state of Sao Paulo, which gave him his entry ticket for the World Cup in Sweden.

During the games, he scored no less than 6 goals, becoming the youngest world champion in history. In 1966 and 1970, he kept his title. He is the only player in football history to have won it three times in a row. He is, during the following years, courted by all the clubs, so much so that Brazil declares him a “non-exportable national treasure”. Unfortunately, with Pelé playing an impressive number of matches, the injuries have accumulated over the years, making the practice of the sport increasingly dangerous.

He, therefore, took early retirement in 1977. He then became involved in humanitarian causes. In August 2021, doctors detect a colon tumor in the football legend. He regularly visits the hospital to undergo chemotherapy sessions. In November 2022, Pelé was admitted to Albert Einstein Hospital in Sao Paulo for a reassessment of his chemotherapy treatment. On December 21, 2022, the health establishment and his relatives announced that Pelé’s state of health required him to remain on-site for the continuity of care.

His daughters Kely Nascimento and Flavia Arantes specify that their father’s cancer is progressing. He must also treat kidney and heart failure.

On the private side, he married 1966 Rosemary dos Reis Cholbi who gave him three children, two daughters Kely Cristina and Jennifer, and a son Edinho. Then he met Assiria Lemos Seixas whom he married in April 1994.

In September 1996, they welcomed the twins Joshua and Celeste. Since then he has shared the life of a business leader of Japanese origin, Marcia Cibele Aoki, 25 years his junior. Pelé died of colon cancer at the age of 82 on December 29, 2022, at Albert-Einstein Hospital in São Paulo.

As a young Black born in a poor Brazilian family, Pelé had one too many hurdles on his way ranging from the toxic social order to racial discrimination in a White supremacist Brazil.

However, the young man rose from the ashes of barefoot poverty to become not only the first true football icon but also a beacon of hope for all Blacks, as well as the poor. The excellence of ‘O Rei’ was an antidote to discrimination. His spectacular scoring feats thawed rac*sm and the existing social order.

His genius was his activism. At just 17, he won the FIFA World Cup in 1958 netting twice in the final against Sweden. To date, he is the youngest-ever scorer in the competition. He also went on to become the first and only player to date to win 3 FIFA World Cups, scoring 12 in 14 appearances.

To this day, he equally holds the record for most assists (10) in the World Cup. In a glittering career, Pele scored 1281 goals in 1363 matches for club and country.

Pele triggered belief in the Blacks, and the downtrodden, who began thinking “If Pele can, we too can”. Thanks to “The King”, the cards were reshuffled and redistributed, and things were never the same again.

Pelé transcends football. Aside from his library of unmatched records, Pelé was a symbol of social mobility in Brazil, and hope for Blacks worldwide 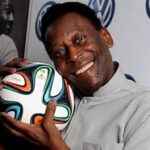 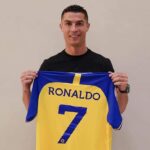