SIGNS SHE IS SEXUALLY ATTRACTED TO YOU

Looking for signs a woman is attracted to you sexually? Let it be known that sexually aroused women are like third base coaches. Can you tell if the woman that you like is sexually attracted to you too? Sometimes, You may spend an entire hour talking to her without knowing that all she was thinking about was why you are not making a move to kiss her. She may be giving you hints but you are clueless. The best way to find out what your girl wants is to pay attention to her body language. You should know how to read body language because girls usually communicate nonverbally that she is interested in you.
She will give you a lot of signs that she likes you and is sexually attracted to you. You need to pick up on these signs and hints and take them to the next level.

This article will help you keep your eyes open and recognize the signs before making a move, for the signs are dispatched secretive and you need to be careful not to upset those around you. Signs are disguised to the point that only a well-trained eye will pick up on the nuances. are all ways women communicate their sexual interests. To get a female nowadays you’ll have to decipher signs a woman is attracted to you sexually both in person and through devices. In this article, we’ll take a look at the most used signs a woman will use to convey her interest.

Signs A Woman Is Attracted To You Sexually

1. She Continually Glances at Your Lips

Forget the eyes being the window to the soul. When you’re on a date, the eyes are the window to desire. Her eyes will reveal her cards. She’s not looking at your lips because she finds them boring, rather she looks at them because she can’t stop imagining herself kissing them.

Her eyes gravitate to whatever interests her most. Whether the object of our desire is a phone, your chest or your outfit, or your lips. If you catch her resting her gaze on your lips that’s a pretty solid sign that a woman is attracted to you sexually.

While on a date, her eyes will primarily be ensconced in yours. Don’t jump the gun and take this as a sign of sexual interest. This is simply respectful. However, if those eyes take a jaunt down south to your lips, chest, arms, or back, then her respectful gaze just became a more sexual one.

2. She Wants to Sit Next to You

When women are unsure of a man, they create barriers. they cross their arms, put their purses in the middle of the table, and distance themselves when walking. But when we’re fond of a man, those borders are minimized. The whole point of creating barriers is to guard themselves against unwanted sexual advances. If they don’t want you touching their legs from under the table they simply won’t sit next to you (but if they sit next to you it doesn’t necessarily mean that they want to be touched). So you need to pay more attention.The removal of barriers is a sign that they’re now comfortable with you. they close the proximity gap in order to get within reach of your touch. But don’t put your hands down her pants just because she chose to sit next to you. Instead, test the waters by touching her in innocuous areas. Examine her hands, give her a friendly nudge with your elbow, and touch her upper back.

After touching her, wait for a response. If she gets even closer to you or initiates physical touch it means she enjoys your inquisitive touch and wants more.

Heat things up slowly and when in doubt keep your hands to yourself. Even if you’re sure that she’s into you, that doesn’t mean you should sustain physical touch for the rest of the night. Showering her with affection and then abruptly retracting it is an efficient way to increase sexual tension.

3. She Can’t Subconsciously Stop Touching You

Sitting next to you is one thing, but breaking the invisible barrier by initiating touch is a clear indication that she’s into you, and most likely sexually attracted to you. The thing is, she may not even be aware that she’s doing it. Sometimes her subconscious urge to touch you will spring to the surface in the form of hand touching, leg touching, playful pushes, etc.
Not everything we do

5. She Hints You Should Setup the Date Near Your Home

6. She Keeps Coming Up with Reasons to Text You

Everything reminds her of you. Your smile, your voice ringing in her mind. She said it herself. She sends you a song because she thinks you’ll like it, she checked out that new love series on CMflix and now wants to chat about it, she even sent you a photo of her food because she recalled that you too were a fan of fufu corn and khati khati. Does she keep disturbing you without having been provoked? She clearly doesn’t need to be sending you these messages but she feels compelled to.

Yes, this isn’t a clear sign that a woman is attracted to you sexually, but it’s a clear indication that you occupy more space in her mind than she wants you to. Now it’s time to reciprocate with some signs of attraction of your own.

Few women have the tendency to take charge and explicitly ask a guy out. Instead, they’ll float suggestions and say things like…there is this movie I want to watch and I know You will love this new movie, I still need to see it. Oh my god, I love fried rice too, I’m always ready to step out on a romantic date. I have to bring you to this new coffee shop. Now, none of these plans scream, she wants to strip you down and jump you. But they don’t have to.

She understands your relationship is of a romantic nature. You two aren’t friends. If she’s asking you out even subtly, it’s a sign a woman is sexually attracted to you.

8. she will be too much in your friendzone

No, she will not behave the way you see it in movies. She will subtly lick or bite her lips and this means she is physically attracted to you. You should not ignore this sign. The lips are the exposed erogenous part of the body, so if she is licking or slightly biting her lips while talking to you, she is thinking about something more intimate
She will touch you, You will know when it is a friendly touch and when the touch lingers on for an extra second. If she touches your arm, neck, or your face, she is telling you that she wants to touch you more intimately. She might even touch herself to draw your attention to her body.

In some positions, she might need her arms to support her weight, but in most cases, if she’s consciously holding her arms close, she is clearly not letting go with wild abandon. She shouldn’t want to be covering herself up. If however, they’re above your or her head, on your chest, splayed out on the sheets, or held out on either side, it’s her way of telling you, she’s comfortable with where she is and there’s no need to hold back.

Lastly, note that what works for one woman may never work for another but the idea is to be attuned to the feedback her body language is giving you. If you feel like you’re not in sync, pause and try something new. Avoid sticking to a routine or becoming predictable. Spice things up with experimentation, teasing, and tantalizing your partner, and keep an eye out for fake moans and forced emotions.
If instead of holding you, her arms are held close to her body, there might be a little something going on, you should take note of.

Admit it or not, women are hard to understand. Their actions can be so foreign at times that it makes men feel that they’re walking through a maze. A single look can denote many underlying emotions in a relationship. But, what’s worse is that most women love to remain quiet about what they want in the bedroom. Unraveling their secrets is a tough nut to crack, but it’s not impossible.

Since they manage to take the same trait into the bedroom and you might find yourself befuddled at her reactions, wondering if she’s rubbing up against you out of extreme desire or as a distraction tactic to get you to stop doing what you’re doing. We help you decode her subtle body language in bed, so you’re abreast of whether you’re doing it right or need to up your ante. If you manage to read your cues right, you’ll be suitably rewarded and her body will display overall signs of arousal that can’t be faked. If we left out some points, write us in the comment section. Do like, comment, and share our article for more. 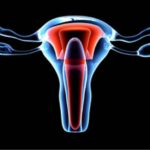 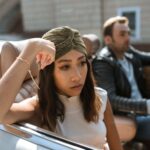